2. What is the one major difference between local AAA authentication and using the login local command when configuring device access authentication?

4. What are two tasks that can be accomplished with the Nmap and Zenmap network tools? (Choose two.)

5. Which Cisco IOS subcommand is used to compile an IPS signature into memory?

7. What is a benefit of using a next-generation firewall rather than a stateful firewall?

10. Which two conditions must be met in order for a network administrator to be able to remotely manage multiple ASAs with Cisco ASDM? (Choose two.)

11. What is negotiated in the establishment of an IPsec tunnel between two IPsec hosts during IKE Phase 1?

12. What are two benefits of using a ZPF rather than a Classic Firewall? (Choose two.)

ZPF allows interfaces to be placed into zones for IP inspection.
The ZPF is not dependent on ACLs.
Multiple inspection actions are used with ZPF.
ZPF policies are easy to read and troubleshoot.
With ZPF, the router will allow packets unless they are explicitly blocked.

13. Which security policy characteristic defines the purpose of standards?

14. What algorithm is used to provide data integrity of a message through the use of a calculated hash value?

15. On which port should Dynamic ARP Inspection (DAI) be configured on a switch?

16. What is a feature of a Cisco IOS Zone-Based Policy Firewall?

A router interface can belong to only one zone at a time.
Service policies are applied in interface configuration mode.
Router management interfaces must be manually assigned to the self zone.
The pass action works in multiple directions.

17. Refer to the exhibit. The administrator can ping the S0/0/1 interface of RouterB but is unable to gain Telnet access to the router by using the password cisco123. What is a possible cause of the problem?

The Telnet connection between RouterA and RouterB is not working correctly.
The password cisco123 is wrong.
The administrator does not have enough rights on the PC that is being used.
The enable password and the Telnet password need to be the same.

18. Refer to the exhibit. The ip verify source command is applied on untrusted interfaces. Which type of attack is mitigated by using this configuration?

19. Refer to the exhibit. Which conclusion can be made from the show crypto map command output that is shown on R1?

The crypto map has not yet been applied to an interface.
The current peer IP address should be 172.30.2.1.
There is a mismatch between the transform sets.
The tunnel configuration was established and can be tested with extended pings.

20. What type of algorithms require sender and receiver to exchange a secret key that is used to ensure the confidentiality of messages?

21. What is an advantage in using a packet filtering firewall versus a high-end firewall appliance?

22. Refer to the exhibit. In the network that is shown, which AAA command logs the use of EXEC session commands?

23. A network administrator enters the single-connection command. What effect does this command have on AAA operation?

24. Which two practices are associated with securing the features and performance of router operating systems? (Choose two.)

Install a UPS.
Keep a secure copy of router operating system images.
Configure the router with the maximum amount of memory possible.
Disable default router services that are not necessary.
Reduce the number of ports that can be used to access the router.

25. Which statement describes a characteristic of the IKE protocol?

It uses UDP port 500 to exchange IKE information between the security gateways.
IKE Phase 1 can be implemented in three different modes: main, aggressive, or quick.
It allows for the transmission of keys directly across a network.
The purpose of IKE Phase 2 is to negotiate a security association between two IKE peers.

26. Refer to the exhibit. If a network administrator is using ASDM to configure a site-to-site VPN between the CCNAS-ASA and R3, which IP address would the administrator use for the peer IP address textbox on the ASA if data traffic is to be encrypted between the two remote LANs?

27. Refer to the exhibit. Based on the security levels of the interfaces on the ASA, what statement correctly describes the flow of traffic allowed on the interfaces?

28. What two assurances does digital signing provide about code that is downloaded from the Internet? (Choose two.)

29. Which interface option could be set through ASDM for a Cisco ASA?

30. What are two characteristics of a stateful firewall? (Choose two.)

31. What are three characteristics of SIEM? (Choose three.)

32. Which type of traffic is subject to filtering on an ASA 5505 device?

33. Which IDS/IPS signature alarm will look for packets that are destined to or from a particular port?

34. Which three actions can the Cisco IOS Firewall IPS feature be configured to take when an intrusion activity is detected? (Choose three.)

35. Which two protocols can be selected using the Cisco AnyConnect VPN Wizard to protect the traffic inside a VPN tunnel? (Choose two.)

36. What is a characteristic of a role-based CLI view of router configuration?

When a superview is deleted, the associated CLI views are deleted.
A single CLI view can be shared within multiple superviews.
A CLI view has a command hierarchy, with higher and lower views.
Only a superview user can configure a new view and add or remove commands from the existing views.

38. Which statement describes the use of certificate classes in the PKI?

A class 5 certificate is more trustworthy than a class 4 certificate.
Email security is provided by the vendor, not by a certificate.
The lower the class number, the more trusted the certificate.
A vendor must issue only one class of certificates when acting as a CA.

39. Refer to the exhibit. An administrator issues these IOS login enhancement commands to increase the security for login connections. What can be concluded about them?

Because the login delay command was not used, a one-minute delay between login attempts is assumed.
The hosts that are identified in the ACL will have access to the device.
The login block-for command permits the attacker to try 150 attempts before being stopped to try again.
These enhancements apply to all types of login connections.

40. A company deploys a Cisco ASA with the Cisco CWS connector enabled as the firewall on the border of corporate network. An employee on the internal network is accessing a public website. What should the employee do in order to make sure the web traffic is protected by the Cisco CWS?

41. An administrator assigned a level of router access to the user ADMIN using the commands below.

42. What mechanism is used by an ASA 5505 device to allow inspected outbound traffic to return to the originating sender who is on an inside network?

43. Which two end points can be on the other side of an ASA site-to-site VPN configured using ASDM? (Choose two.)

44. What Layer 2 attack is mitigated by disabling Dynamic Trunking Protocol?

45. In an AAA-enabled network, a user issues the configure terminal command from the privileged executive mode of operation. What AAA function is at work if this command is rejected?

46. An organization has configured an IPS solution to use atomic alerts. What type of response will occur when a signature is detected?

A counter starts and a summary alert is issued when the count reaches a preconfigured number.
The TCP connection is reset.
An alert is triggered each time a signature is detected.
The interface that triggered the alert is shutdown.

47. What two algorithms can be part of an IPsec policy to provide encryption and hashing to protect interesting traffic? (Choose two.)

A stateful signature is also known as a signature.

49. Why is hashing cryptographically stronger compared to a cyclical redundancy check (CRC)?

Hashes are never sent in plain text.
It is easy to generate data with the same CRC.
It is virtually impossible for two different sets of data to calculate the same hash output.
Hashing always uses a 128-bit digest, whereas a CRC can be variable length.

50. A network analyst wants to monitor the activity of all new interns. Which type of security testing would track when the interns sign on and sign off the network?

51. Refer to the exhibit. What two pieces of information can be gathered from the generated message? (Choose two.)

52. What is required for auto detection and negotiation of NAT when establishing a VPN link?

53. Refer to the exhibit. The network administrator is configuring the port security feature on switch SWC. The administrator issued the command show port-security interface fa 0/2 to verify the configuration. What can be concluded from the output that is shown? (Choose three.)

54. In which two instances will traffic be denied as it crosses the ASA 5505 device? (Choose two.)

55. Refer to the exhibit. Based on the configuration that is shown, which statement is true about the IPS signature category?

56. Which two ports can send and receive Layer 2 traffic from a community port on a PVLAN? (Choose two.)

57. What is a feature of the TACACS+ protocol?

It utilizes UDP to provide more efficient packet transfer.
It combines authentication and authorization as one process.
It encrypts the entire body of the packet for more secure communications.
It hides passwords during transmission using PAP and sends the rest of the packet in plaintext.

58. Which security measure is best used to limit the success of a reconnaissance attack from within a campus area network?

Implement restrictions on the use of ICMP echo-reply messages.
Implement a firewall at the edge of the network.
Implement access lists on the border router.
Implement encryption for sensitive traffic.

59. What is the benefit of the network-based IPS (NIPS) over host-based IPS (HIPS) deployment models?

60. What represents a best practice concerning discovery protocols such as CDP and LLDP on network devices?

LLDP on network devices?
Enable CDP on edge devices, and enable LLDP on interior devices.
Use the default router settings for CDP and LLDP.
Use the open standard LLDP rather than CDP.
Disable both protocols on all interfaces where they are not required.

61. What function is provided by the Tripwire network security tool?

62. What is the function of a policy map configuration when an ASA firewall is being configured?

63. If a network administrator wants to track the usage of FTP services, which keyword or keywords should be added to the aaa accounting command?

64. What is indicated by the use of the local-case keyword in a local AAA authentication configuration command sequence?

That AAA is enabled globally on the router.
That passwords and usernames are case-sensitive.
That a default local database AAA authentication is applied to all lines.
That user access is limited to vty terminal lines.

65. What is the purpose of a local username database if multiple ACS servers are configured to provide authentication services?

66. Refer to the exhibit. Based on the security levels of the interfaces on ASA1, what traffic will be allowed on the interfaces? [Similar with Question 27]

67. What are two reasons to enable OSPF routing protocol authentication on a network? (Choose two.)

68. A security awareness session is best suited for which topic?

Again, please be aware that answers stated above is just 70% correct [98% correct as of now]. We will keep improving the question and answers. Anyone get 100% correct, please let us know. Thus, please study the questions above. If you have better answers or any new questions please do comment below. If you have the missing exhibit image, please do email to admin@invialgo.com. 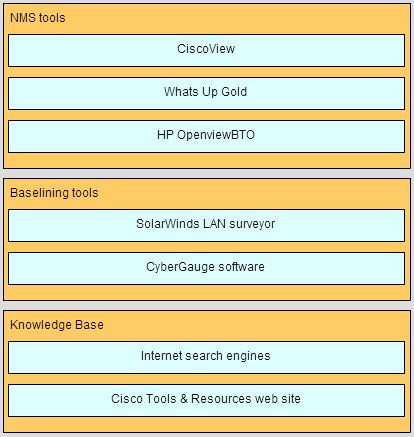 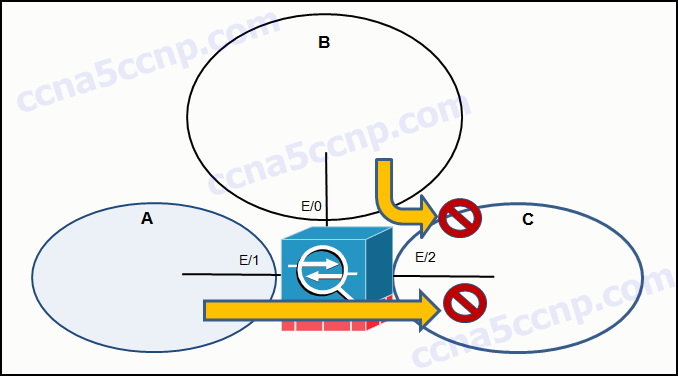 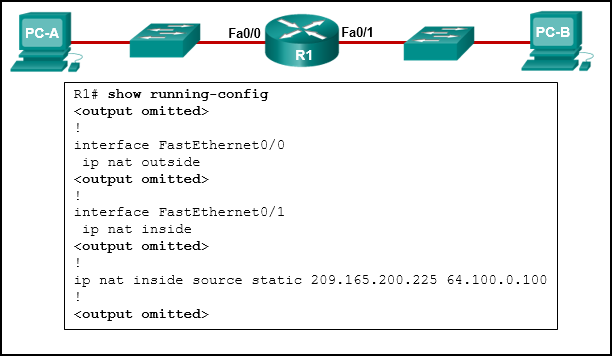