The following question comes in the mind of every new candidate when they started to know various routing algorithm and protocols.

Which routing algorithm or protocol should we use for a specific network?

There is no straightforward answer to use a specific routing algorithm or protocol for a specific network. The answer of the preceding question depends upon the various factors and may also vary on the case-by-case scenarios. However, if you have a clear idea about all the different routing algorithms and protocols, you can take a decision that is best suited for your network.

On the base of TCP/ IP addressing scheme, the routing protocols can be categorized in to the following two categories.

The following table lists the differences between classful and classless routing protocols. 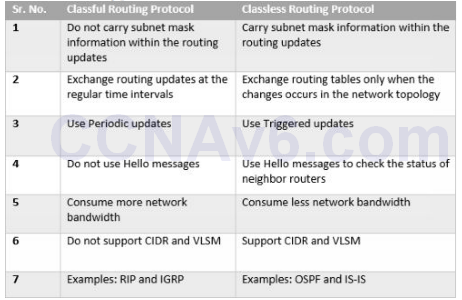 Apart from the preceding categories, based on the algorithm used by routing protocols to calculate the best path, a routing protocol can further be classified in the following classes.

The distance-vector routing protocols use the concept of Distance and Vector to calculate the best path. The distance is the number of hops from a source to destination for a remote network and the vector is the determination of direction to the remote network. Whenever a packet passes through a router, it is counted as a hop. The path that has the least number of hops from a source to the destination network is considered the best route. Distance routing protocols build only a single table called routing table that contains the routing information.

One of the major disadvantage of using the distance-vector protocols is that they consume network bandwidth even if there are no changes occur in the network topology. RIP and IGRP are the example of distance vector protocols.

The link-state routing protocols use the triggered-update method instead of the periodic update. With the triggered-update, only the information about the link that has changed is included. These routing protocols build three separate tables called Routing table, Topology table, and Neighbor table. OSPF and IS-IS are the example of the link-state protocol.

The following table lists the difference between the different classes of routing algorithms. 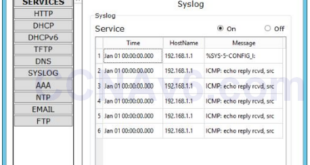 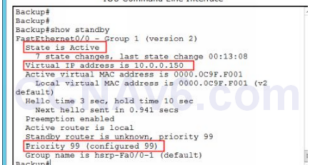 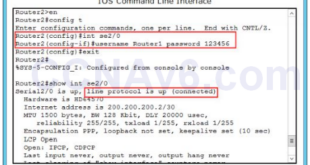