Now, the question is that how the routing information are shared from one routing protocol or algorithm to another routing protocol or algorithm. The answer is Router Redistribution. Routes learned by the Route Redistribution technique are marked as external routes in the routing table. The external routes have less preference over the locally-originated routes.

In the following figure, you can see that Router2 acts as a distribution device between RIP and EIGRP routing domains. 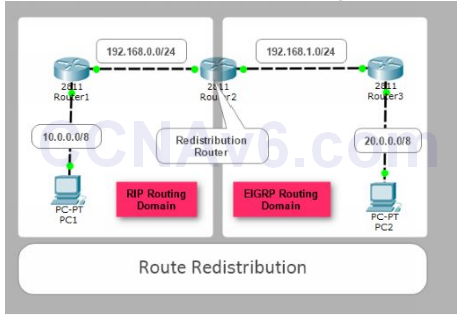 Note: Keep in mind, routes that are stored in a topology database (topology table) are not redistributed.

Which route should be preferred the best route if a router runs more than one routing protocol, such as RIP and EIGRP, and learns a route to the same destination using both routing protocols?

The answer is pretty straightforward: the route that has the best metric value would be considered as the best route. No, it’s not the right answer, because the RIP (hop count) and EIGRP (composite) both use its own metric type to determine the best route. Routes having different metric types cannot be compared. Then, how the best route would be calculated? Here, the Administrative Distance (AD) values will play an important role. Routing protocol having the lower AD value would be preferred in this type of scenarios. 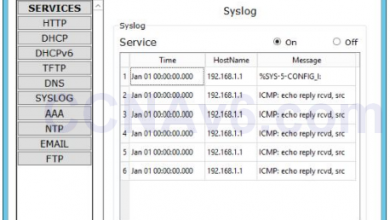 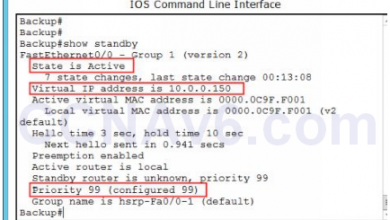 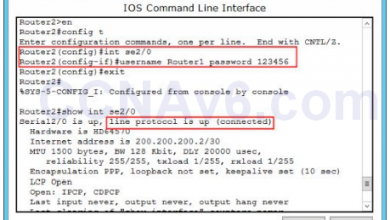 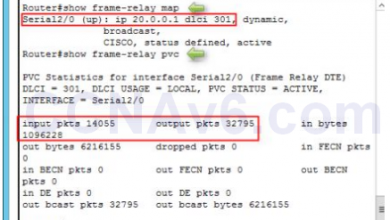