2. Which user can view the /etc/shadow file?

3. Which command will display the UID, GID and groups your current user belongs to?

4. Each user belongs to at least one group.. True or False?

5. Which command will display the users that are currently logged in to the system?

7. The /etc/sudoers file should be edited directly by root using the visudo command.. True or False?

8. Which of the following commands will allow you to switch to the user, branch?. (choose three)

9. The visudo command uses which text editor by default?

10. Which of the following commands will display the group(s) a user belongs to?

11. Which of the following commands will display the groups that the user bob belongs to?. (choose one)

12. The /etc/group file follows what structure?

13. A GID is associated with a group name.. True or False?

15. Sudo privileges can be used to specify which user can use the sudo command to execute commands as other users.. True or False?

16. In distributions that do not allow the root user to login directly or via the su command, the installation process automatically configures one user account to be able to use the sudo command to execute commands as if they were executed by the root user.. True or False?

17. Which of the following commands will display how long the system has been running since the last boot?. (choose two)

19. Which command can be used to view the /etc/passwd file entries? 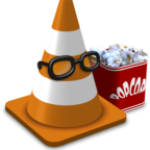