The Linux computer operating system designed on the lines of the UNIX is now the world’s most used operating system. It is assembled under the free and open software system. This means that the underlying source code may be used, modified and distributed by anyone under licenses like GNU GPL. The major component of Linux is Linux kernel.

This is an operating system designed to work on most modern systems. It is very similar to Microsoft Windows, Apple’s Mac OS and the free BSD OS. Linux can work in conjunction with all the above Operating systems and so it can have ‘a dual-boot’ or ‘multi-boot’ environment.

What exactly is the basis of the extraordinary growth of the Linux Operating System?

The main aspect of the operating system is that it is free. Moreover, it is an open soft ware. The soft ware engineers can work on it and develop it to suit their needs. This customization was possible because the original developer of the Operating System, Linus Torvalds had invited all those people who are interested, to work on it. The only condition was that their work, thereafter, would be available for free. This encouraged all those young and resourceful soft ware engineers to develop it more.

Its similarity with Windows and UNIX also accounted for its popularity. It was easy to operate and easy to install. A growing discontent with the Microsoft windows boosted the popularity of Linux further. The flexibility and possibility to configure as and how one likes, increased the number of people using Linux.

Linux soon became very popular with various local governments and national governments. Federal government of Brazil has adopted Linux. It is said that the Russian military has created its own Linux distribution recently. The Indian state of Kerala has made it mandatory for all the high schools to have Linux in their school computer. In China Linux is used as the exclusive operating system for its Loongson processor family. Thus goes the saga of Linux popularity.

Linux Mint: According to the Distro Watch, the master Linux desktop tacking site which provides the most important desktop data, Linux Mint is the most popular Linux Distro at present. The motto of Linux mint is ‘from freedom comes elegance’. So the developers have taken every effort in making it more elegant and user friendly with every new version.

It is very easy for the new users to use it. The users find it lighter, faster and more stable. Soon after its entry in the scene, it overtook Ubuntu, which was the most preferred distro so far. Linux mint has more out of the box applications than Ubuntu.

Linux mint brings up a new version every six months. It is a matter of great interest and humor all over the world, that the new updates always wear a female name ending with the letter ‘a’ and the first letter in the alphabetical order and corresponding to the number of the version.

Mageia: This is another very popular distribution of Linux. This is well-liked by experts and newbie alike. It is very easy to use. The modifications, additions to the desktop and default soft ware are most convenient in Mageia. You can select a lot of things before you install the soft ware. You can select themed group packages, different desk top environments etc. The Mageia control center is absolutely user-friendly.

Ubuntu: Ubuntu was once the most preferred Linux distribution. It is very user friendly. It is good for the new users, who are not very computer savvy. It helps you to scale your data center very efficiently. The Ubuntu architecture is extremely streamlined. This helps you to use more services with less computing power and fewer resources. Ubuntu advantage service offers you the best efficient system administration. It brings out regular free updates. Till the advent of Linux Mint it was the most popular variant of the Linux OS.

Fedora: It uses GNOME 3 as desktop environment and it looks very polished and beautiful. The installation is very simple and easy. A lot many out of the box applications are present in this Linux distribution.

Debian: it is a system started by Linus Torvalds and it was then supported by thousands all over the world. It uses the Linux kernel as its base. It is an application software.

Server hosting is an operation which allows a company or business concern a space in a supercomputer enabling them to store data and operate from there. Linux has invaded the world with its very functional Operating systems. Linux server is a high powered version of the Linux Operating system. This is very efficient in handling a number of demands which are very important as far as the business world is concerned.

This variant of Linux OS is most competent in handling net work administration, data base management and other web services of large business organizations and companies. This Linux distribution is extremely stable, secure and flexible and these same qualities make it more popular than any other operating systems.

The leading Linux servers are CentOs, Debian, Ubuntu server, Slackware and Gentoo. All these servers are highly efficient in handling more functions in the shortest possible time.
RHEL server OS is another of the Linux servers. This supports highly scalable, multi-core systems. This reduces data bottlenecks to a great extent, making the data readily available to the end user. This server reduces power consumption, making it the best energy conservator.

LAMP server is a soft ware bundle. It means that a group of software components are assembled together to bring about more performance enhancement. It is an acronym – ‘L’ for Linux Operating System, ‘A’ for Apache HTTP server, which is the web server, ‘M’ for My DQL/ Maria DB / Mongo DB, one of these data base management systems, ‘P’ for PHP / Perl / Python, one of these scripting languages. The combination may vary. LAMP is suitable for availing heavy duty dynamic web sites. The most important aspect of its functioning is that it can handle tens of thousands of demands simultaneously.

It is very easy to install the LAMP server because the components of the LAMP bundle are available in most of the Linux distributions. This helps the user to install, setup and operate this stack out of the box. This means that once the server is installed, he need not configure or modify it in any way. It starts functioning as soon as it is installed.

Cloud server involves a large number of computers connected by means of a communication network, such as internet. The data stored in the cloud server can be retrieved from anywhere in the world. You do not need to carry your device around. This is a helpful device that helps your data to outlive the destruction of your laptop or computer. This relies on computing and sharing resources.

Linux was originally developed as an operating system for intelx86 PCs. It was as early as in 1991. Now after three decades of its inception, it straddles over the world. It is the operating system used in every domain from embedded services like mobiles, to mainframes and supercomputers. 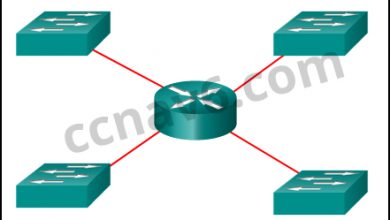