Valve has released some games for linux community for a while, now they developed and announced new Operation System based on Linux called Steam OS. Steam OS will allow you to family controls, stream music, videos, and Steam libraries to any PC in your house. Steam OS helps game developers expand more games on Linux platform.

Despite the fact Sony, Microsoft, and Nintendo develop their own closed gaming platforms, Steam OS is an only open platform out there. Because Steam OS is being developed on Linux which is open source.

Independent developers are huge. Valve was the first company supports self publishing game, which helps Independent game developers earn more than before. Linux is an open source Operation System, it’s free, so does Steam OS, Steam OS is free to download and install.

How to install R on Linux 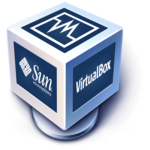 How to install VirtualBox virtual machine on Ubuntu, Fedora