Even though Linux is a great Operation System, but sometimes there are reasons for us to keep Windows in your computer system. Valve Introduces Steam OS a while ago to support Linux gamers to access and play games in Linux better and easier, but there are many great games aren’t available on Linux yet. Itunes for Apple iPhone/iPod isn’t Linux friendly. For what ever the reason is, dual boot is maybe a better choice than virtualization option (games don’t do well in virtualbox or vmware virtualization). Some people would like to have Windows and Linux in the same system with dual boot mode. Depends on your need to that system you might want to boot to either Windows or Linux first.

Since Ubuntu 9.10 Karmic Koala, Ubuntu uses GRUB 2 as it’s default boot loader and manager which allow you to choose which Operation System you would like to boot when you start your computer. By default GRUB 2 will boot to Ubuntu first after 10 seconds to choose between Ubuntu or Windows in a dual boot configuration. If you want to change the default Operating System to boot to is Windows, you can reconfigure GRUB 2 to do it for you. You can also adjust the waiting time giving to you to choose which Operating System you want to boot in GRUB 2 config.

1. Decide the order of the Operating Systems in GRUB 2

Start or restart your computer, when you see the GRUB 2 menu to choose the Operating Systems to boot to, on your keyboard press the up/down keys. Write down the line number of the Operating System you want to boot first. The first line starts from 0, say if your Windows/Ubuntu on the second and third line, means it actually be 3 and 4.

You will need to boot to Ubuntu to use the Ubuntu terminal. You can use Ctrl-Shift-V or go the Dash and type/search with the word “terminal” to launch Ubuntu terminal. After that type in the command

You will be asked for root or sudo password to gain root privileges. This is a sample of grub file

Look for *GRUB_DEFAULT* setting, change the default value (which is 0) to the value you wrote down on step 1. In grub config file, you can also change the GRUB default time out length, or the time you have to choose  which Operating System to boot to. Replace the *GRUB_TIMEOUT* to the number of second you want to wait, normally 5 seconds are enough. After you done with everything, save the GRUB file.

After changing GRUB file and saving it, you will need to update it. Update GRUB file is a simple task to do, you only need to run a command in the terminal.

You have done it, change the default OS in an Ubuntu and Windows GRUB dual boot setup. Last step is to reboot your system.

Want to change Change Boot Order In Ubuntu 13.04 the GUI way (easy way)? Yes there is a way to it with Grub Customizer

Grub Customizer is a graphical interface to configure the GRUB and GRUB 2 settings, move, remove, and rename menuentries.

When you are in Grub Customizer, and you computer/workstation have both Windows and Ubuntu/Linux Mint in dual boot, you will see them. You just need to move Windows or Ubuntu on top to boot that Operating System first. Save the current config after you done and restart your system to see the affect.

How to change mac address on ubuntu 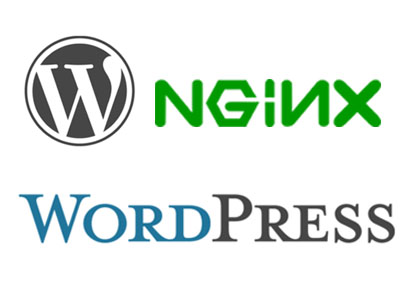