Do you really need An Anti Virus and/or Anti Malware for Linux? In my opinion no you don’t need them if you know what are you doing and you deeply understand how Linux works. In the real world there are virus that targeted at Linux, you should heard that Mac OS (based on Unix) have been compromised by malware and people are installing antivirus software for Mac OS now to stay safe. Even popular mobile devices OS Android has been targeted by malware recently.

The way Linux/Unix permission work is very different than Windows systems. Windows machines without an Anti Virus software is like heaven for all sort of computer Virus out there. In Windows with single user, usually that user automatically is an administrator user or equivalent to root user in Linux, means if virus or malwares have highest privileges can do alot of damage to your system. Meanwhile users in Linux/Unix normally don’t have root/administrator privilege, means it’s harder for virus to attack Linux system. Linux users normally have lower permission and privilege levels than Windows, making virus to affect the whole system.

Every know Linux is open source, open source means everyone have the access to the Linux source, there are a lot of people contribute and develop Linux, each line of Linux source code is written by huge community and skilled developers makes security flaws less likely to be happened.  Plus being driven by huge Linux community, patches and fixes for Linux normally come faster and more regularly compare to Windows.

There are many kind of virus and malware for different purposes.

How to protect you from Anti Virus and Malware in Linux

There aren’t many real linux virus vulnerabilities, not means we don’t have to worry about it.

Show real original IP for wordpress and phpbb with cloudflare

How to secure Nginx web server

How to install fail2ban on CentOS 6 and 7 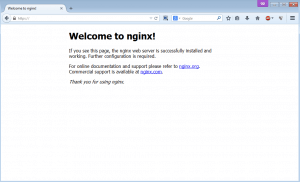